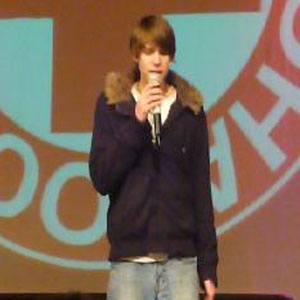 He started his voice acting career at age nine on the series Baki the Grappler.

He voiced characters on Shikabane hime kuro and Ookiku furikabutte.

He is the cousin of producer Justin Cook.

He has co-starred in the animated series Fullmetal Alchemist with Vic Mignogna.

Aaron Dismuke Is A Member Of