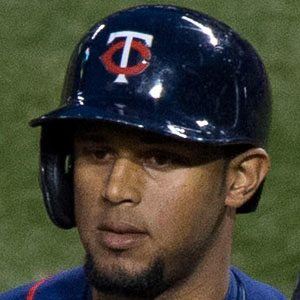 American baseball center fielder who debuted with the Minnesota Twins in 2013. In 2016 he joined the New York Yankees.

He was a first-round Major League Baseball pick and was drafted straight out of Wilson Classical High School (Long Beach, California) in 2008.

He was named a Rookie All-Star by "Baseball America" in 2008.

He was born and raised in Long Beach, California. He announced his engagement to golfer Cheyenne Woods on October 21st, 2021. On February 6th, 2022 the couple announced that they were expecting their first child together. Cheyenne gave birth to their baby boy in April 2022.

His Minnesota Twins number, 32, had previously been Dave Winfield's number for the team.

Aaron Hicks Is A Member Of