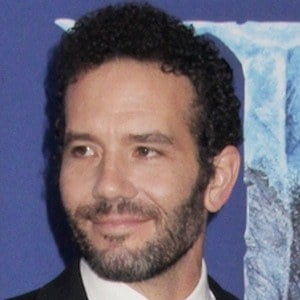 Disney actor who played Mush in the film Newsies alongside Christian Bale. In 1996, he played Dean Portman in D3: The Mighty Ducks.

He appeared on an episode of What a Country.

He provided the singing voice for Max in the Disney film A Goofy Movie.

He has spent much of his professional life living in Los Angeles and studied film at UCLA. He began dating his Rent co-star Idina Menzel in 2016; they married in September 2017.

He was in the TV film Loving Leah alongside Lauren Ambrose.

Aaron Lohr Is A Member Of