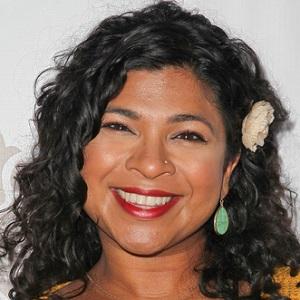 Best known as the winer of season six of The Next Food Network Star and for hosting her own Food Network program, Aarti Party. She went on to present another culinary program called Taste in Translation. She is particularly known for her Indian cuisine-influenced recipes.

After earning a journalism degree from Northwestern University, she worked in CNN's production division. Later, she trained at California's New School of Cooking.

Before it aired on The Food Network, her Aarti Party cooking program was a popular web series.

Though a native of Mumbai, India, she spent the bulk of her early years in Dubai, United Arab Emirates. In 2003, she married actor and fellow Northwestern University alumnus Brendan McNamara. They have a daughter named Eliyah.

She and Colombe Jacobsen-Derstine both competed on The Next Food Network Star.

Aarti Sequeira Is A Member Of