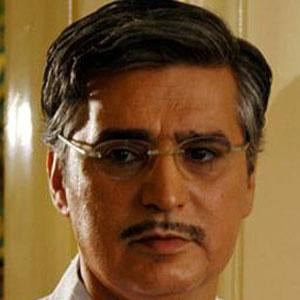 Syrian actor who is best known for his role on the television series, Bab al-Hara 1 and 2.

He had his first professional acting role in the theater at Damascus University.

He was part of the Syrian army and got injured while in a battle in Aleppo.

He married writer, Aa'nud Khaled and they have three children.

Abbas Al-Noury Is A Member Of