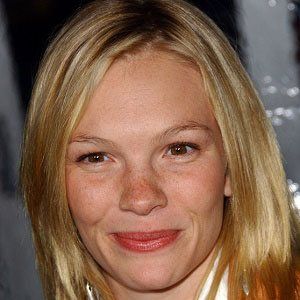 Perhaps most well known for her portrayal of Tiffy Gerhardt on the CBS series The Unit, she is also notable for her recurring roles on The Shield, Six Feet Under and Push, Nevada.

In the early 2000s, she earned a drama degree from Carnegie Mellon University.

She spent her earliest days in Kentucky but was raised in San Antonio, Texas. She was married to singer Jake La Botz from 2006 until 2008. In 2010, she married Stefan Bishop; they have a son named Tru.

She appeared with Scott Bakula in three episodes of Star Trek: Enterprise.

Abby Brammell Is A Member Of