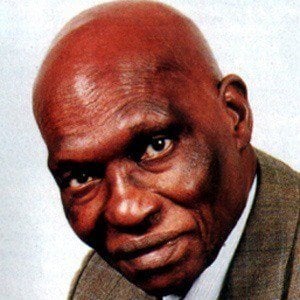 President of Senegal from 2000 to 2012 who is known for his peaceful cession of power, after losing his bid for a third term in 2012. He ran for President four times before finally winning.

He founded the Senegalese Democratic Party in 1974 and acted as its leader.

He was accused of corruption during his presidency, but is known as being unique among African leaders for his commitment to the democratic process.

His first campaign for President, which he lost, was in 1978 against Leopold Sedar Senghor.

Abdoulaye Wade Is A Member Of