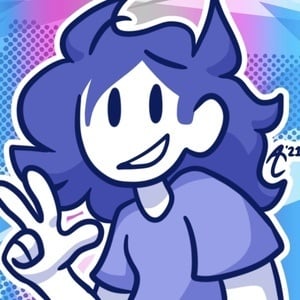 2D animator and storyboard artist notable for posting her short works on the TikTok account abnormalchaos. She has garnered more than 750,000 followers.

She began carrying a sketchbook around to draw when she was 13 years old. She made her first post to her abnormalchaos TikTok account on January 20, 2019. She majored in graphic design in college. She taught herself storyboarding and animation on YouTube.

When she was 16, she began to see animation and story boarding as a possible career choice. In addition to TikTok, she posts her animations across YouTube, Twitter and Instagram. Her animations often feature MissRiah, Motiny and Perfect Voiid. She is a fan of animated shows such as Adventure Time, Steven Universe, Gravity Falls and The Owl House.

She was born and raised in California. She has a brother. She has a cat named Star.

She also enjoys the work of Jaiden Animations, Drawfee andTheOdd1sOut. She has worked as a storyboard artist, animator and production manager for Maaz TheAMaazing, illymation, Rushlight Invader and King Science. She is inspired by the works of Rebecca Sugar, Dana Terrace and Alex Hirsch.

Abnormal Chaos Is A Member Of