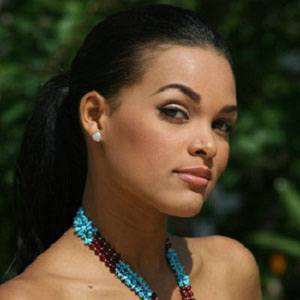 Dominican beauty queen who was crowned Miss Dominican Republic in 2009 and was the first runner-up at the Miss Universe pageant the same year. As a model, she has participated in events like Dominicana Moda and New York Fashion Week.

She grew up in Villa Altagracia and returned to her birthplace in Santo Domingo at age 14. Her humble beginnings earned her the title of "Dominican Cinderella" in the press.

In 2007, she became the first Dominican ever to win the title of Miss World Beach Beauty.

She and Kimberly Castillo have both been crowned Miss Dominican Republic.

Ada de la Cruz Is A Member Of