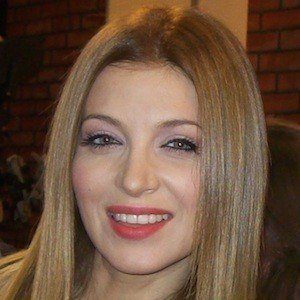 Singer and television star best known for her role as Alicja Lesicka in the 2010 series Apetyt na zycie. She has also had recurring roles in Hotel 52 and To nie koniec swiata!

She graduated from Krakow Academy of the Fine Arts in 2002 after earning a degree in dentistry in 2000.

In 2011, she released her first solo album titled Ninoczka.

She and her husband, Piotr Walczyszyn, have one son named Antoni.

She appeared in the 2016 film Planeta Singli alongside Maciej Stuhr.

Ada Fijal Is A Member Of