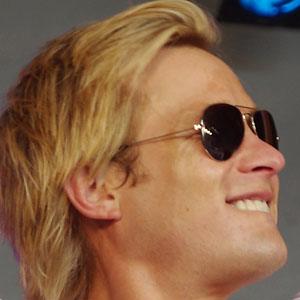 English actor and singer who played the role of Nick Tisley in the soap opera Coronation Street from 1997 until 1999.

He suffered from bulimia as a teenager and worked as a child model.

He has also worked as an appeals manager for the Royal Society for the Prevention of Cruelty to Animals.

He was born the youngest of four brothers. In 2014 he married Katy Fawcett.

Adam Rickitt Is A Member Of