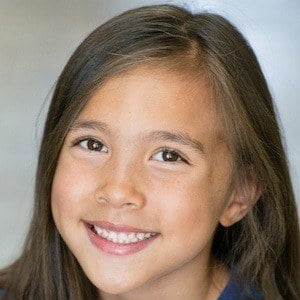 Young phenomenon on YouTube with 1.7 million subscribers on her own channel titled Jillian's Mystery Box of Craft. Her channel is full of challenges, vlogs and toy reviews. She has also appeared on the channel of her brother, EvanTubeHD, EvanTube's Dollar Toy Squad.

She was first introduced as JillianTubeHD on her brother's channel in April of 2012, almost a full year before she got her own channel. The video was called "JillianTubeHD presents Female Angry Birds Sculpey Clay Models."

She is a pianist and has performed in piano recitals.

She is the younger sister of Evan and they are from Pennsylvania.

JillianTubeHD Is A Member Of