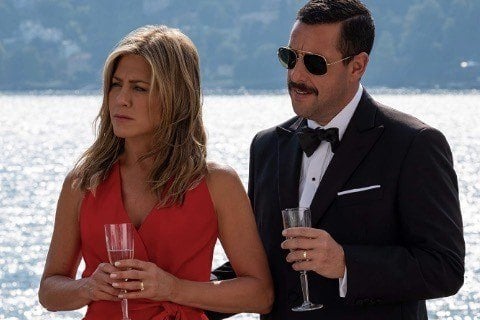 A chance meeting with a mysterious man earns a New York City police officer and his wife an invitation to an intimate family gathering on the super yacht of an elderly billionaire in Europe. When the billionaire is murdered, they are framed for the crime.

The Netflix original mystery-comedy film is directed by Workaholics alumnus Kyle Newacheck. It paired stars Adam Sandler and Jennifer Aniston for the second time after they starred in Just Go with It.