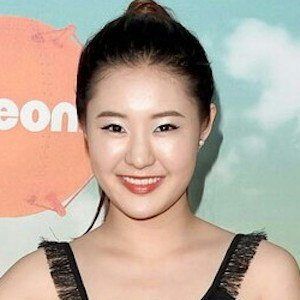 Runway model and television actress best recognized for her recurring role as Mariä Dudek in The Catch. She also stars as Isabelle Gerald in the spin-off series Criminal Minds: Beyond Borders.

She began her career modeling with agencies like Elite, Models 1, and DNA.

In February 2016, she launched a lifestyle blog called NYC Things and Thoughts.

Her real name is Alisha Elizabeth Anneleise Heng. She is a proud native of New York, New York.

In the 2016 thriller The Catch, she stars alongside World War Z actress Mireille Enos.

Adelaide H. O'Brien Is A Member Of