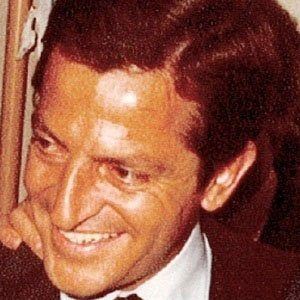 Spanish lawyer who was his country's firs democratically elected prime minister after 36 years under the dictatorship of Francisco Franco. He was an integral figure in Spain's move towards democracy.

He studied law at Salamanca University.

He served in numerous posts in the Francoist regime including Minister Secretary General of the National Movement, which was the only political party in Spain for nearly forty years.

He had five children with his wife, Amparo Illana Elórtegui.

He came to power after the death of the ruthless dictator Francisco Franco.

Adolfo Suárez Is A Member Of