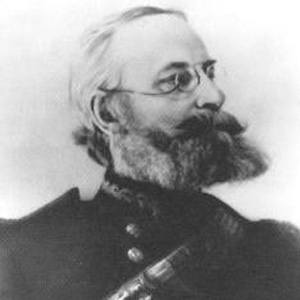 Leader of the eponymous polar expedition that got trapped in the wilderness for over three years.

He had no scientific or exploring experience for the expedition, but his military background and strong leadership was enough.

He was expecting supplies for his expedition to come in by ship, but that never happened, and he was forced to keep alive a group through harsh conditions on almost nothing.

He grew up up in Newburyport, Massachusetts, the descendant of a long line of New England settlers.

He was a friend and supporter of aviation pioneer Billy Mitchell.

Adolphus Greely Is A Member Of