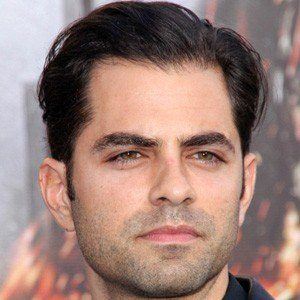 Salvadoran American actor who is known best for playing Miguel Lopez-Fitzgerald on the NBC Drama Passions.

He was educated at the American School of El Salvador.

He played baseball player Carlos Peña in the 2011 film Moneyball.

His family moved to El Salvador when Adrian was a child. In 2014, he began dating actress Emmanuelle Chriqui.

He appeared alongside Brad Pitt in the movie Moneyball.

Adrian Bellani Is A Member Of