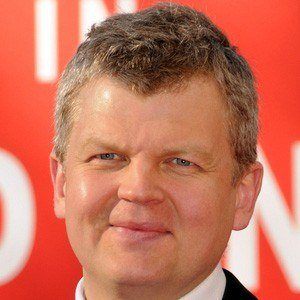 English television and radio broadcaster known for presenting both business and sports programs on the BBC. He launched his own show called Chiles on Saturday on BBC Radio 5 and won a Gold Medal for it at the Sony Radio Academy Awards in 2002.

He studied English literature at the University of London.

Some of the business programs he has hosted include Working Lunch and The Money Programme.

He and footballer Alan Shearer took a charity bike trip that raised £371,065 for Sport Relief.

Adrian Chiles Is A Member Of