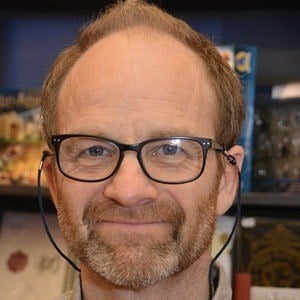 British film actor who played Harry Potter's late father in the Harry Potter film franchise. He played Arthur Kidd in the 1989 film The Woman in Black.

He initially studied art, but switched his focus to acting while attending what is now Manchester Metropolitan University.

He performed in the 2008 stage production of Her Naked Skin at the National Theatre in London.

His parents are Edward and Mavis Rawlins.

He played the father of Daniel Radcliffe's character in the Harry Potter film franchise.