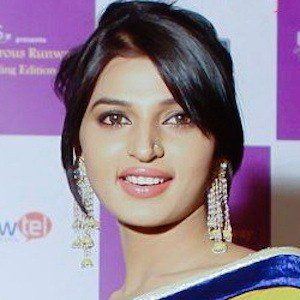 Award-winning model and actress known mononymously as Barsha who became the managing director of Monsoon Films. Well known films of hers include Khoj: The Search and Most Welcome.

She met her future husband Ananta Jalil worked together on the 2010 movie Khoj: The Search, a debut feature film for both actors.

She became a brand ambassador for Grameenphone.

She is the eldest child of five with her four siblings being Mim, Rashi, Mou and Akash. She was born in Sirajganj, Bangladesh.

Afiea Nusrat Barsha Is A Member Of