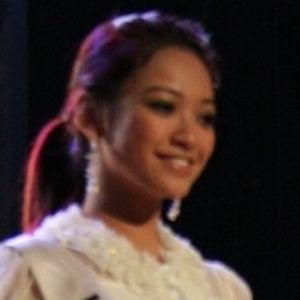 Actress and beauty pageant contestant who is best known for competing in the Miss Universe pageant in 2007.

She first earned recognition for her pageants by competing in the Cosmogirl of the Year in 2003 where she was the runner up. She began her career in acting in the movie Mengejar Matahari or Chasing the Sun.

In 2006, she was awarded the title of Miss Indonesiain Taman Mini Indonesia Indah, Jakarta.

She was born in Canberra, Australia but was soon after raised in Indonesia. She has a sister named Sigi Wimala who is an actress.

She is a close friend of the Miss Universe in 2007 Riyo Mori whom she also competed against.

Agni Pratistha Is A Member Of