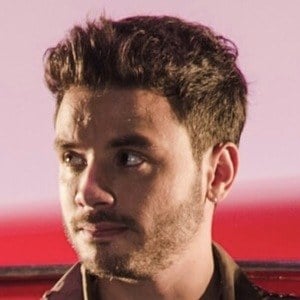 Producer Fernando Vazquez wanted to create a style of party music suitable for a whole family and brought in Agustin to lead the way in 2014.

He and Marama have collaborated with a fellow cumbia pop band called Rombai.

His full name is Agustín Daniel Casanova Sonmaruga. He has two sisters named Lucía and Soledad. His parents are named Daniel and Lourdes.

He and Rigo Tovar are both cumbia singers.

Agustín Casanova Is A Member Of