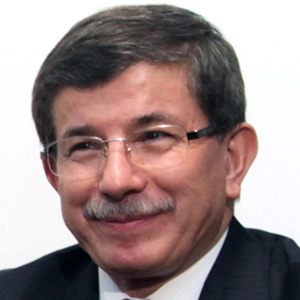 He graduated from Istanbul Erkek Lisesi in their dpartment of Economics and Political Science. He then earned his PhD in Political Science and International Relations from Bogazici University. He was first granted the title of Ambassador in 2003 by the joint decision of then President Ahmet Necdet Sezer and Prime Minister Abdullah Gul.

He is also known for his support of Turkey's membership of the European Union.

He married Sare Davutoglu in 1984 and together they had five children.

He was preceded as Prime Minister of Turkey by Recep Tayyip Erdogan.

Ahmet Davutoglu Is A Member Of