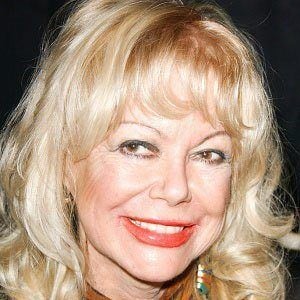 Remembered best for her portrayal of Tania in the 1973 martial arts movie Enter the Dragon, she is also notable for her childhood and teenage recurring roles on The George Burns and Gracie Allen Show; Room for One More; and The Many Loves of Dobie Gillis.

She made her screen acting debut in a 1956 episode of The Loretta Young Show and appeared that same year in an episode of Make Room for Daddy.

She guest-starred in two 1963 episodes of Leave It to Beaver.

Born Anna Marie Nanasi, she spent her earliest years in Budapest, Hungary, and the bulk of her childhood in the United States. She died in her mid sixties after being involved in a car accident in Los Angeles, California.

In the early 1970s, she portrayed Linda Perry on the Burt Reynolds series Dan August.

Ahna Capri Is A Member Of