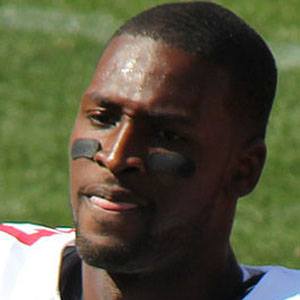 Wide receiver who was selected 30th overall in 2012 by the San Francisco 49ers largely due to his blazing 4.39 forty yard dash time.

His 1,166 receiving yards during his 2011 season at the University of Illinois led to a First-team All-Big Ten selection.

He was traded to the Kansas City Chiefs during the 2013 season, he went on to record his first-ever NFL catch on September 19, 2013.

He was raised by his mother in Jacksonville, Florida.

He joined quarterback Alex Smith for the second time in his career on the Kansas City Chiefs in 2013.

AJ Jenkins Is A Member Of