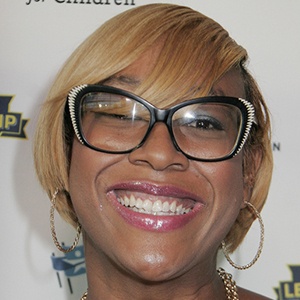 R&B and soul vocalist who came to prominence as one half of the husband-and-wife musical duo Kindred the Family Soul. The duo has won significant acclaim for releases like Surrender to Love (2004), which was nominated for a Soul Train Award for Best R&B Album.

She signed her first record deal with Delicious Vinyl when she was 15 years old. The deal fell through, leading her to move to Philadelphia, Pennsylvania.

Her song "My Time" was named as the official song of the National Education Association's Read Across America campaign.

She married Fatin Dantzler in 1998 and has six children.

Her band Kindred the Family Soul was "discovered" by Jill Scott at a showcase in Philadelphia.

Aja Graydon Is A Member Of