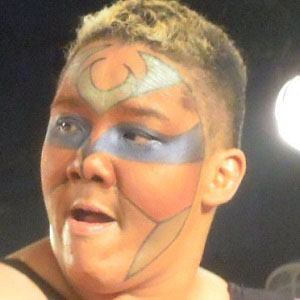 Creator of the ARSION all-women professional wrestling promotion which led to the All Japan Women's Pro-Wrestling Corporation.

She made her professional debut in 1986 and joined the heel stable Gokuaku Domei.

She resided in Tokyo, Japan and is half Japanese and half African American.

Aja Kong Is A Member Of