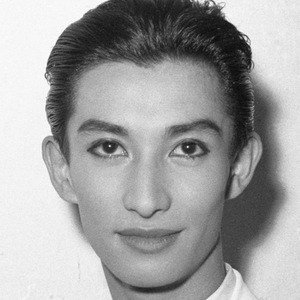 Japanese singer, actor, and author who has written over twenty books and is known for being open about his homosexuality. He also enjoys dressing in drag.

He was inspired to sing at a young age after seeing the movie Boy Soprano and later started his career when he was seventeen years old as a professional cabaret singer in the Ginza district in Tokyo in 1952.

He played the role of Arceus in the movie Pokemon: Arceus: To a Conquering Space-Time in 2009.

His family ran a small café in Japan when he was born.

Akihiro Miwa Is A Member Of