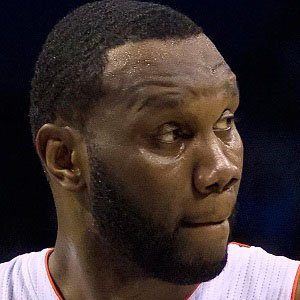 High scoring NBA forward who began his career with Boston Celtics after being selected 15th overall in the 2004 NBA Draft. After three seasons in Boston, he went on to play for the Minnesota Timberwolves, Utah Jazz, Charlotte Bobcats/Hornets and Indiana Pacers.

He averaged 42 points, 18 rebounds and 7 blocks in his senior year at Prentiss High School in Mississippi, before foregoing college and entering the NBA draft.

He was traded on July 31, 2007 along with a handful of other players to the Timberwolves in exchange for NBA Superstar Kevin Garnett.

Growing up, he lived in a small town that was comprised greatly of his own relatives - his mother had 11 siblings and his father had 12.

Al Jefferson Is A Member Of