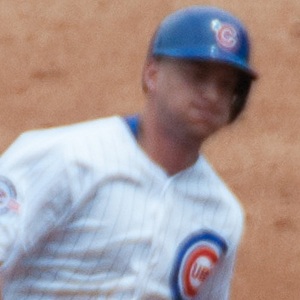 Center fielder who made his debut for the Chicago Cubs in 2016 helping them to become the World Series Champions the same year.

He was signed to the Cubs during the 2012 draft and played in the minor leagues before being called to the majors in 2016.

While pinch running for teammate Kyle Schwarber, he earned a run in game seven of the World Series, where the Cubs took the victory in a 8-7 game and became World Series Champions.

His father, a fellow baseball player, taught him to play ball at the age of three.

He played alongside teammate and 2016 National League MVP nominee Kris Bryant on the Chicago Cubs.

Albert Almora Jr. Is A Member Of