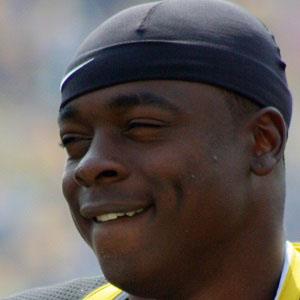 NFL wide receiver who was selected by the Philadelphia Eagles in the first round of the 2009 NFL Draft. He spent six years with the Eagles before signing with the Kansas City Chiefs in 2015. In 2017, he joined the Baltimore Ravens.

He played football at the University of Missouri, where he set the freshman yardage record for most all-purpose yards in a single season.

He played as a wide receiver, punt and kick return specialist for the Missouri Tigers in 2007 and 2008.

He grew up in Missouri with two brothers, Andre and Roshon.

He joined quarterback Michael Vick on the Philadelphia Eagles in 2009.

Jeremy Maclin Is A Member Of