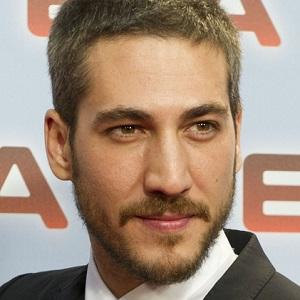 Famous for his Goya Award-winning performance as Juan the prison guard in a 2009 Spanish film titled Cell 21. He also appeared in the 2013 thriller Mindscape and in the 2011 science fiction feature Eva. He began appearing as Pacho Herrera in Netflix's Narcos in 2015.

He trained at the Jolie Libois theater school in Cordoba, Argentina.

In the 2010 Spanish and Brazilian-produced film, Lope, he portrayed the late 16th and early 17th-century Spanish poet and dramatist Lope de Vega.

He was born in Argentina to Nelida Rey and author and politician Luis Alberto Ammann. While still an infant, he relocated with his parents to Spain and lived there until the age of four, at which point he returned to his native Argentina.

He and English film actress Keira Knightley appeared together in a 2011 commercial for Chanel perfume.

Alberto Ammann Is A Member Of