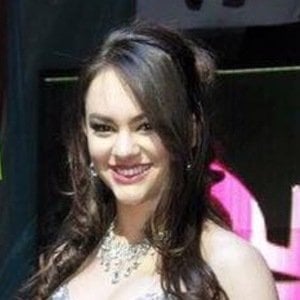 Actress and singer who signed with Warner Music Mexico and is most well known for her debut role on the Mexican sitcom La CQ. In 2019, she began to star on the teen telenovela El Corazón Nunca se Equivoca. She also had a main role in the musical/telenovela Like.

She began her professional acting career in 2011 and appeared in episodes of La Rosa de Guadalupe.

She provided the voice of Valentina Luis for the fim La leyenda de las momias de Guanajuato. In May 2017, she starred in the music video to the song "Princesa" by Río Roma featuring CNCO.

She was born Alejandra Müller Arrieta in Mexico City, Mexico. She has five pet dogs, one is named Canela. She has been in a relationship with Jos Canela.

Ale Müller Is A Member Of