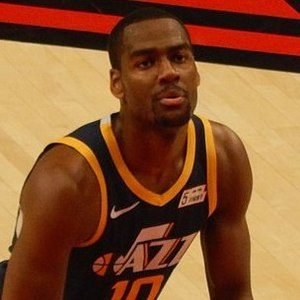 NBA guard who was drafted 12th overall by the Utah Jazz in 2011. He stepped into a big role for the Jazz in 2013-14, averaging 14 points per game while setting a career high with 34 points in a game on January 13, 2014. He spent over seven years with the Jazz, then went on to play for the Cleveland Cavaliers and Sacramento Kings.

He averaged nearly 20 points per game during his two years at the University of Colorado.

He was named Gatorade Player of the Year for the state of Missouri in 2009.

His father Steve played college basketball at the University of Washington.

Alec Burks Is A Member Of