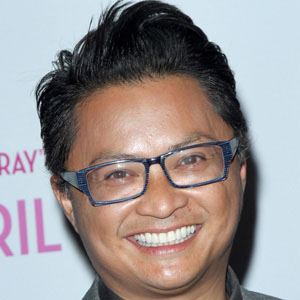 Stage and screen actor and comedian particularly known for his roles on such television shows as Wisecrack, Desperate Housewives, and Ugly Betty. He also appeared in the 1988 Broadway production of M. Butterfly.

While a student at San Francisco's George Washington High School, he starred in school productions of Harvey, Cabaret, and Bye Bye Birdie.

An openly gay man, he married his longtime partner, Jamie Hebert, in 2008.

He had a guest spot on Dharma & Greg (a popular comedy series that starred Jenna Elfman and Thomas Gibson).

Alec Mapa Is A Member Of