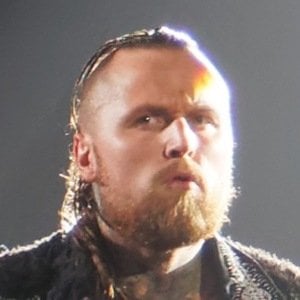 Dutch professional wrestler who is also widely known by the ring name Tommy End. In June 2016, he signed with WWE, and later debuted on their developmental promotion NXT.

He began his professional wrestling career in the European independent circuit in 2002. He trained extensively in martial arts beginning at age 9.

In 2016, he was ranked the 174th best singles wrestler in the world on Pro Wrestling Illustrated's annual list of the top 500.

He was born and raised in Amsterdam, the Netherlands. He married Zelina Vega in 2018.

He made a surprised appearance at the WWE's 2016 UK championship tournament, where he eventually lost to Adrian Neville.

Aleister Black Is A Member Of