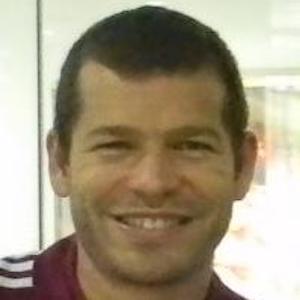 Long-time MLS player who won three MLS Cups during his professional career, all with different teams. He won with the LA Galaxy in 2002, the Houston Dynamo in 2006 and the Columbus Crew in 2008.

He spent 1993 through 1998 with the Dallas Texans youth system before transferring to UNC Greensboro Spartans from 1998 to 2001.

He was a member of the Venezuela national team from 2004 to 2012, making 41 appearances. After retiring from play, he became a television commentator for ESPN FC, ESPN Deportes and ESPN Latin America.

He was born Alejandro Enrique Moreno Riera in Barquisimeto, Venezuela.

He was a teammate of Jovan Kirovski for the 2003 Galaxy squad.

Alejandro Moreno Is A Member Of