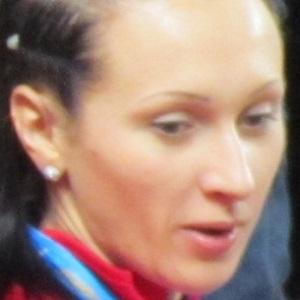 Sprinter who won a gold medal in the 4x100 meter relay at the 2008 Summer Olympics in Beijing.

She began her training as a hurdler, and won the 2007 European Athletics Junior Championship in the 100 meter hurdles.

She was born in Moscow, Russia.

She was teammates with Yevgeniya Polyakova on the relay team that won the 2008 gold medal.

Aleksandra Fedoriva Is A Member Of