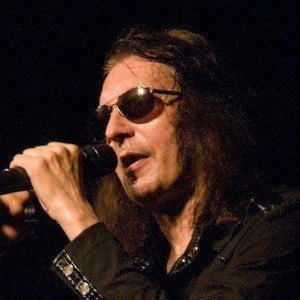 Most well known as a former member of the Czech metal band Arakain. He has also enjoyed success as a solo artist, releasing nearly a dozen albums over the course of a decade. He was inducted into the Beat Hall of Fame in 2008.

He began his musical career in 1982 as a founding member of Arakain. The group released their debut album Thrash The Trash in 1990.

He was briefly a member of the band Grizzly. The group released the album !New Spirit! in 2003.

He has spoken at far-right Freedom and Direct Democracy party rallies in the Czech Republic.

Both he and Karel Gott are legendary Czech singers.

Ales Brichta Is A Member Of