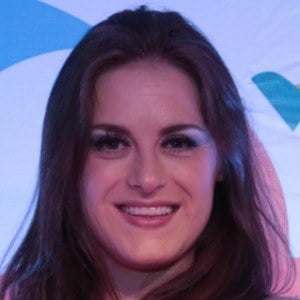 Actress who got her big break playing Laura in the hit Brazilian stage musical The Wicked in the late 90s. She has gone on to star on television shows like Toma Lá, Dá Cá and in feature films like Duas de Mim (2017).

She earned a scholarship to attend the University of Evansville in Virginia at age 17.

She is a singer who released the album Drama'n Jazz in 2012.

Her father is American and her mother is Brazilian.

She began appearing with Tais Araujo on the series Mister Brau in 2015.

Alessandra Maestrini Is A Member Of