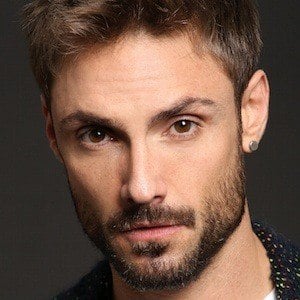 Before earning his first acting credit, he worked in a number of restaurants.

A singer and guitarist, he has been known to post song covers to his self-titled YouTube channel.

In La Impostora, he appeared alongside Sebastian Zurita and Christian Bach.

Alex Brizuela Is A Member Of