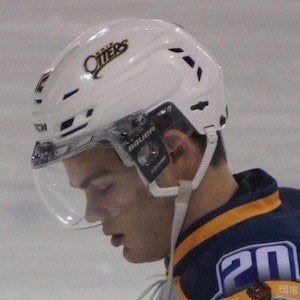 Right winger who made his NHL debut with the Chicago Blackhawks during the 2017-18 season. He scored his first professional goal on October 2017 against the Montreal Canadiens.

He played for the Erie Otters in the Ontario Hockey League from 2014 to 2017.

He was selected 39th overall in the 2016 NHL Entry Draft.

He often shares pics with his girlfriend Lyndsey Bice.

Alex DeBrincat Is A Member Of