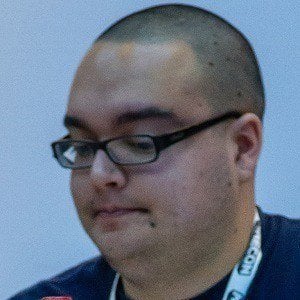 Born Alex Edgar and better known by his online alter ego "PauseUnpause," this Canadian web star is famous for his YouTube gaming videos. His YouTube channel has earned more than 187 million views.

His most viewed YouTube videos include "Hunger Games" and "Dwarves vs Zombies with Etho Now with Dragons!"

He grew up in Winnipeg, Manitoba and Duncan, British Columbia in a family of Canadian Aboriginal heritage. In 2014, he married his girlfriend of many years, a fellow gamer named Andrea.

He and English web star David Spencer, a.k.a. iballisticsquid, both rose to fame for their online Minecraft gaming sessions.

Alex Edgar Is A Member Of