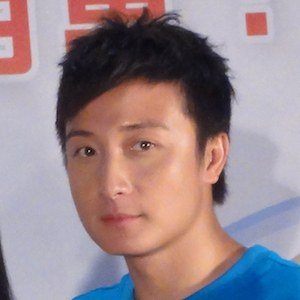 Former Olympic turned singer and actor recognized for his leading role in the 2007 film Love Is Not All Around. He has also led shows like Feel 100%, Twin of Brothers, and host the comedy cooking show Beautiful Cooking.

He first became known in 2000 representing Hong Kong in the Summer Olympics. He later went on to earn a degree in business administration from the University of Hong Kong.

He became a singer in 2001 and went on to release a dozen popular albums, including the hit albums Be Good and In Your Distant Vicinity.

He and Stephy Tang had been together for ten years when they broke up in 2016.

In 2015, he joined Linda Chung in the cast of the television drama Limelight Years.

Alex Fong Is A Member Of