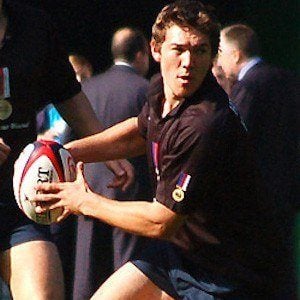 English fly-half and full back who won a grand slam as a member of the English under-20 team and was chosen to represent his country at the 2015 Rugby World Cup. He began playing rugby union for Saracens in 2008.

He was born in Cambridge, England. He played county tennis and soccer for Ipswich Town before playing youth rugby for Bath and Cambridge.

He started all four games of the 2012 Autumn internationals at full back due to injuries to Ben Foden and earned Man of the Match honors in England's decisive 54-12 victory over Fiji.

He played with fellow fly-half George Ford on the English squad at the 2015 Rugby World Cup.

Alex Goode Is A Member Of