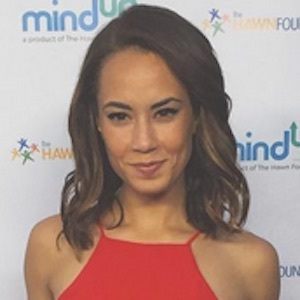 Multimedia journalist on Access Hollywood and Access Hollywood Live. She was previously known for her work with Complex and BlackTree Media, where she performed interviews at red carpet events with stars like Emma Watson, Chris Pratt, and Morgan Freeman.

She earned a bachelors degree in media and society from Vanderbilt University. She went on to earn entertainment internships with companies like KSDK-TV and Tavis Smiley.

In addition to her work as a journalist and host, she also worked as a model and actress for the Block Agency in Nashville, Tennessee.

She was born and raised in St. Louis, Missouri but would later live in both Nashville, Tennessee and Los Angeles, California.

With BlackTree on TV, she has interviewed the likes of George Clooney and Craig Robinson.

Alex Hudgens Is A Member Of