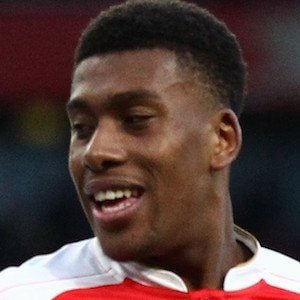 Nigerian soccer winger who made his senior league debut with Arsenal in 2015. He was chosen as a member of the Nigeria squad at the 2016 Summer Olympics.

He spent his youth career with Arsenal as well, joining the club in 2004.

He played for England internationally at the U16, U17, U18 levels, but made his senior international debut with Nigeria.

He and Nacho Monreal have played together on Arsenal.

Alex Iwobi Is A Member Of