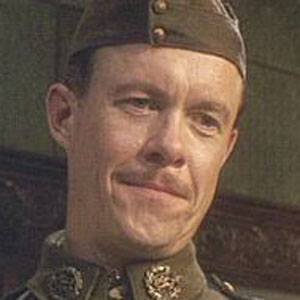 British stage and screen actor known for his role as Prince Charles in the 2006 film The Queen. He also played the role of Alan Cowdrey QC in the BBC series Silk from 2011 until 2014.

After graduating from the University of Warwick, he trained at the Bristol Old Vic Theatre School.

He won various Olivier Awards for his stage work, including one for his role in the Royal Shakespeare Company's 1995 production of Peer Gynt.

He recorded an audiobook version of Jules Verne's 20,000 Leagues Under the Sea.