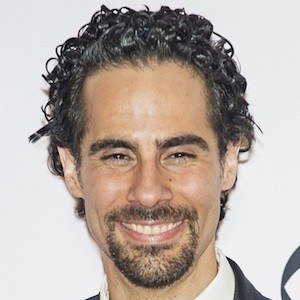 Known best for music directing and orchestrating such hit Broadway musicals as Wicked and In the Heights, he won both a 2008 Tony Award and a 2009 Grammy Award for the latter show. He also worked on the Broadway production of High Fidelity and on the national tour production of Godspell.

He started playing the piano when he was just four years old. He later studied music arranging, film music composition, and jazz at the Berklee College of Music.

He worked as the music supervisor and arranger for Bring It On: the Musical.

He spent his childhood in Los Angeles, California and Miami, Florida. In the latter city, he attended a performing arts high school called the New World School of the Arts.

Alex Lacamoire Is A Member Of