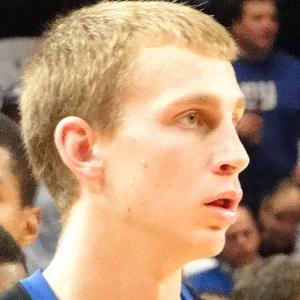 Four-star recruit coming out of high school who elected to play at Duke University before transferring to the University of Florida during the 2013-2014 season.

He was a top 50 prospect coming out of high school at St. Mark's School in Massachusetts.

In his only full season for the Duke Blue Devils, he came off the bench to average 2.1 points and 1 rebound a game.

His father Jay played professional basketball and his mother played for the Finnish national team.

He is the younger brother of former University of Florida forward Erik Murphy.

Alex Murphy Is A Member Of